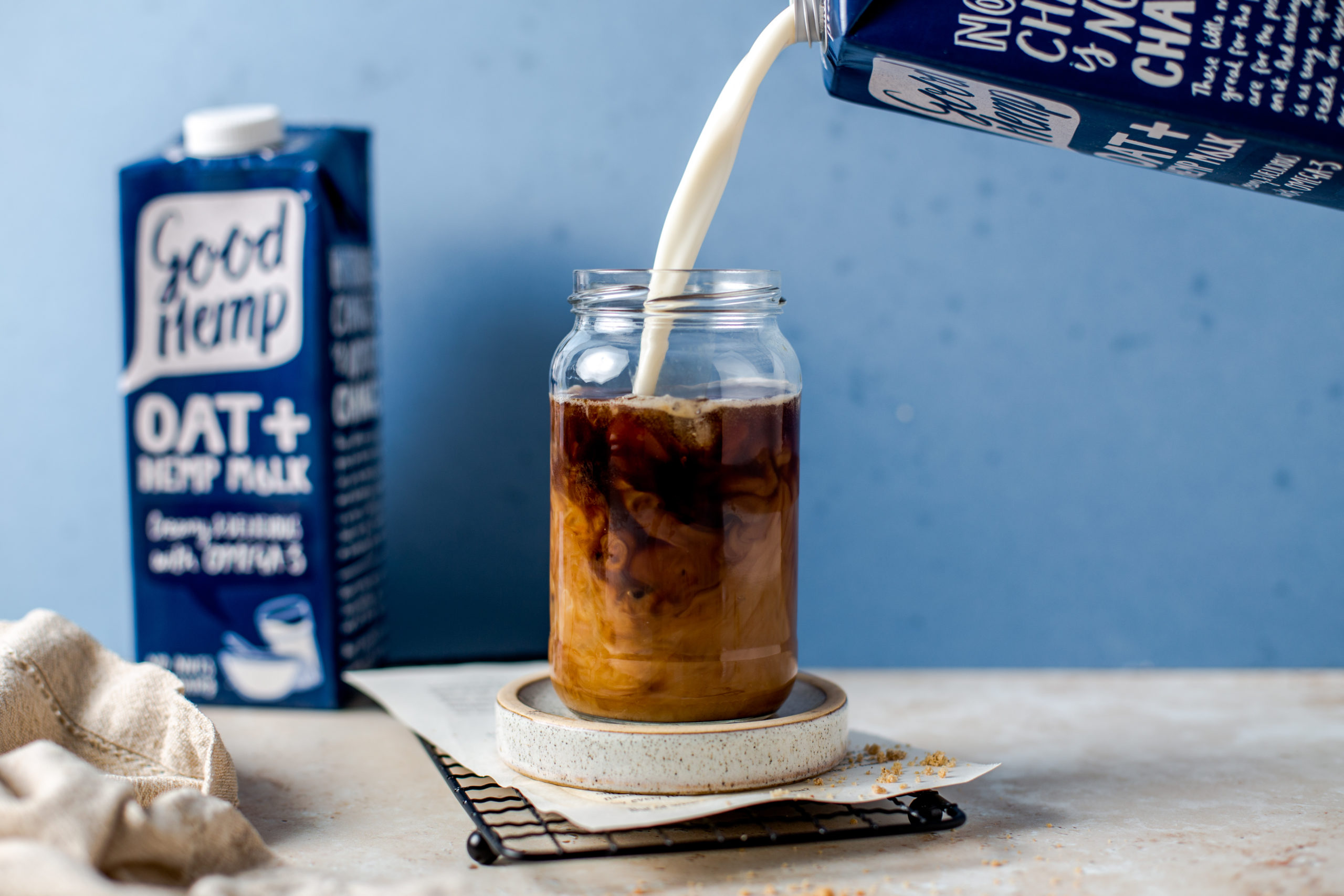 Hemp Milk Vs Other Dairy-Free Milks

There’s no doubt about it – the popularity of dairy-free milk is on the rise. Many consumers are making the switch as they become increasingly aware of the negative impact that dairy milk has on the environment and their health. For example, did you know that, when compared to cow’s milk, dairy-free milk takes up nine times less land to produce and emits one third of the amount of greenhouse gas?

But even once you’ve entered the dairy-free world there’s still a bunch of information to sift through – and with new sources of milk entering the market seemingly every day, it can be hard to know which is best. Naturally, at Good Hemp, our pick of the bunch is hemp milk, which offers a number of benefits that other dairy-free milks simply don’t. Read on to learn why you should try hemp milk, and how it stacks up against other milk substitutes.

What Are the Benefits of Hemp Milk?

So now you know what’s so great about hemp milk, let’s see how it ranks in comparison to some other dairy-free milks.

Soy milk has long been seen as the frontrunner in the world of dairy substitutes and is made by boiling soybeans in water, then filtering and cooling the results. It’s easily made at home, but most people tend to go for the prepackaged options, which are widely available in most supermarkets.

At first glance, the popularity of soy milk is understandable, particularly when it comes to its health benefits. It has a high protein content – around 8.25g per serving – that is only a quarter of a gram per serving less than cow’s milk. Soy milk is also very low in saturated fat, and soy itself has a cholesterol-lowering effect and provides a good source of vitamin A and vitamin B12, with room to be fortified with additional calcium and vitamin D.

However, unlike hemp milk, the production of soy milk often involves far more unnatural additives, heavier processing and a widespread use of genetically modified soybeans. Soybean crops are also far less sustainable than hemp, and have a huge environmental impact on the land they use, whether by soil erosion, emissions or deforestation.

As far as taste and texture, soy milk’s creamy but chalky nature isn’t exactly for everyone, so you might find it a little intrusive if you’re using it for a dairy-free latte. And it’s also notorious for splitting in hot drinks – not something you have to worry about with hemp milk.

Oat milk has become one of the most popular dairy-free options in the last few years, with major brand Oatly sweeping the market. This might be as a result of its oaty flavour (a definite step up from the likes of soy) or its health and sustainability credentials. After all, it contains zero cholesterol and saturated fats and provides a good source of fibre.

However, there are a couple of issues that even the most hardened oat milk aficionados (aficionad-oats?) might not be aware of. For starters, it’s not suitable for those with gluten or wheat intolerance, and its high sugar content make it less than ideal for those looking for the healthiest plant milk.

Fortunately, our blended oat hemp milk splits the difference, and gives you the best of both worlds – delicious taste and improved health benefits.

It seemed like almond milk was really having its day in the sun until recently – in fact, sales rose by 250% from 2010 to 2015. And it’s easy to see why: it’s a low calorie and saturated fat dairy-free substitute that leaves a lower carbon footprint than cow’s milk. What wasn’t to love?

Well, as it turns out, despite its minimal carbon footprint, almond milk is bad for the environment in other ways – specifically its water wastage. While hemp milk is proof of hemp’s nose-to-tail sustainability credentials, almonds require almost a gallon of water per almond to grow, which is especially problematic for some drought-prone areas that are almond hotspots, such as California. Not only does this require unsustainable levels of irrigation, but it also takes nine different pesticides to maintain a good almond crop, including five that are lethal to bees, leaving even more potential for environmental havoc.

By comparison, the environmental credentials of hemp are undeniable. It grows naturally, requires very little water and absorbs four times more CO2 than trees. Bees, breathe a sigh of relief!

There are definitely a fair few benefits of rice milk that are worth keeping in mind, particularly if your dietary requirements mean you need the least allergenic dairy-free milk you can find. As with most other options here, its saturated fat and cholesterol content is non-existent, but it’s also one of the few milk substitutes that provides a good source of vitamin B and magnesium. Additionally, it tastes enjoyably sweet, perhaps thanks to its high carbohydrate content – no surprise, given what it’s made from!

However, if you’re thinking there has to be a downside, you’d be right. Rice milk’s sweet taste and considerable amount of carbs is easily explained by the large amount of sugar it contains. These sugars have a high ranking on the glycemic index meaning rice milk is one to avoid for those with diabetes or if you’re looking to reduce your blood sugar content. And although it’s not in the same league as almond milk when it comes to environmental damage, rice is a high pesticide crop, and tests have shown that it can even contain inorganic arsenic from the growing process.

That’s not something you’d ever find in hemp milk. In fact, the hemp plant grows so well, it doesn’t need any herbicides or pesticides whatsoever.

Finally in our quest to find the best dairy-free milk, we come to coconut milk. Another option that has grown in popularity in recent years, it requires little water to grow and is packed with healthy fats, which can actually help to boost your metabolism and your ability to burn fats – not unlike hemp milk.

On the flipside, it also contains high levels of saturated fats and low levels of protein. Meanwhile, its thick texture can make your morning coffee turn out more like a hot frappuccino than a deliciously creamy latte, so maybe keep it for baking rather than drinking. And although coconut trees are particularly sustainable in their natural habitats, the fact is you don’t see many of them on our side of the world, meaning the transport of coconut milk could offset its environmental benefits.

Good Hemp’s dairy-free milk, meanwhile, is all grown and processed right here in the UK, keeping its carbon footprint low so we can focus on ensuring it tastes brilliant.

So there you have it – in the battle for dairy-free supremacy, hemp milk comes out on top. If you’re curious, why not pick up a six-pack of our dairy-free milk and see for yourself? Free from sugar, nuts, dairy and gluten, it’s packed with the perfect omega balance of unsaturated fats, and keto-friendly to boot!