We like to call her a hemp pioneer. She hates it, but we do it anyway.

Glyn started Good Hemp with Henry over 20 years ago and at the time the idea of making food with hemp was met with disbelief. Despite many a sleepless night worrying about crops, recipes, and what the neighbours in Devon might think, they haven’t looked back since. We sat down with our co-founder to chat about the early days, her favourite recipes and that time our Good Hemp oil helped heal a horse (really).

Why did you first start to grow hemp?

It’s funny, we originally had no idea about the nutritional value of hemp. We were growing it for fibre which could be used to make eco-materials – amazing things like hempcrete which can lock in carbon dioxide into a building and doesn’t need to be heated or air-conditioned. At the time we discovered we could use hemp to make food, we were actually growing the fibre as a replacement for plastic parts in BMWs.

Why do you think it’s such a miracle crop?

There’s so many incredible things about this plant, but I love the fact that you can use every part of it. There’s literally no waste – seeds are used for food, the flowers and leaves to make CBD and the stalk for natural fibre. Then once harvest is finished, the leaves fall to the ground and replenish the soil putting in more nutrients than they took out!

Were there any problems when you first started to use hemp?

Hundreds! We spent many a sleepless night wondering if our crops would make it through the night in the early days. Perfecting recipes was always so important to us and a lot of the machinery that we needed to make hemp seed into things like oil and milk didn’t exist. So we built it, on our farm on Devon. It grew and grew, but it wasn’t without its hiccups!

Did you face any prejudice as a woman in those early years?

I actually really didn’t. Especially in the farming industry. In that world, if you put in hard work and dedication, they give you the respect that deserves. 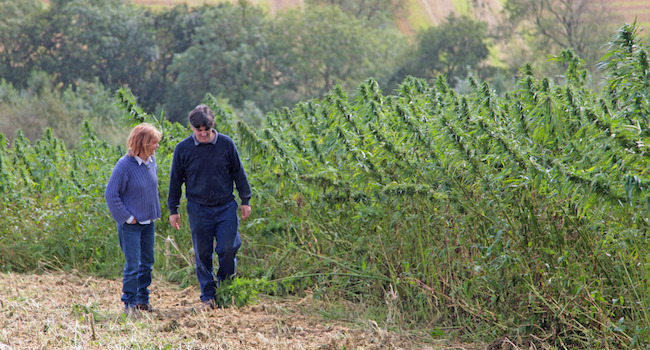 What did the neighbours think when you started growing hemp?

We had a few very funny moments with that as hemp smells and looks like marijuana but obviously is totally legal and won’t get you high. When we were actually growing it on the farm in the early days, we got reported by some concerned neighbours that couldn’t distinguish it from marijuana and we had to explain to the Barnstaple local police the difference between the cannabis plants. Then we gave a local group a load of hemp hay bales for a bonfire, which then wafted the smell around the village. But my favourite was when a group of kids stole some of the plants in the armfuls taking it home to try and get high – wish I could have seen that play out!

What did the world think of hemp food and drink?

20 years ago, when we say we made food and drink out of hemp people looked like we were a bit mad (or had made their day, depending on the variety). Everyone thought of hemp as a grassy plant that you smoked or something you used to make sandals. So when we said it had this really nutritious seed, that we were going to use to make things like cold-pressed oil and hemp milk, it was very much, “we’ll believe it when we see it.”

Where are they most accepting of hemp?

Hemp has been around for decades and was used for fibre as early as 2800 BCE in China. They even had an ancient goddess Magu who used the plant as an elixir of life. The first American flag was made of hemp! But somewhere along the line, and mixed up in the politics of marijuana it became a lot less common. We’re seeing a big resurgence right now, because of its sustainability credentials and the fact that there’s a big conversation about the cannabis plant as a whole. In terms of hemp food, Canada and America have been on board with the movement a long time as well as Australia and Germany. England’s coming round though.

What made you think you could take on olive oil?

I think people thought we were a bit crazy for that. And my co-founder Henry is Italian too… But hemp oil is healthier, plain and simple. It’s got 40% less saturated fat than olive oil and it’s full of omegas. We also realised we could sell delicious cold-pressed hemp oil for much less than you could get cold-pressed olive oil. 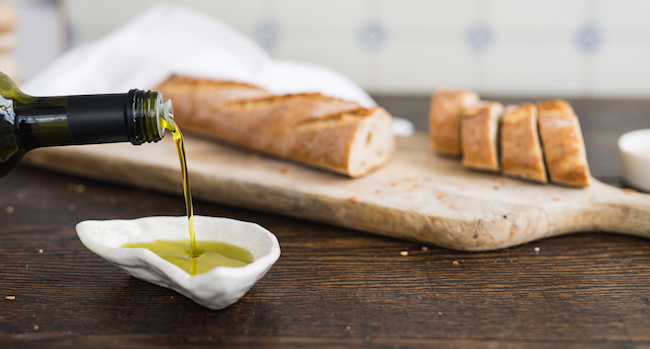 What’s your favourite thing to cook with hemp oil?

I love a bruschetta with toasted bread, garlic, chopped tomatoes from the garden and a drizzle of hemp oil and some hemp seeds.

What about hemp milk?

When we first made hemp milk, I was a bit skeptical. It was way before any plant-based milks like Oatly became mainstream and it was mainly only people with allergies that were switching. I also come from a long line of dairy-lovers and I thought who the hell is going to use this out of choice? Luckily, when Henry proved that hemp milk could make a mean cup of tea and a great coffee he convinced me. Now that we’ve redone the recipes, I use the barista for my flat white in the morning and creamy for smoothies. My recipe for peanut butter spinach smoothie is somewhere on the website!

I really love animals so one story has always stuck with me… A friend of mine had a young pony with a really rare skin disease, she took her to so many vets and they couldn’t cure it. They started giving her hemp oil and in a matter of weeks, all of her hair grew back and the skin condition completely cleared up. I always knew it did wonders for humans, all that omega 3 is great for skin, but it really made it all worth it for that pony’s shiny new coat.