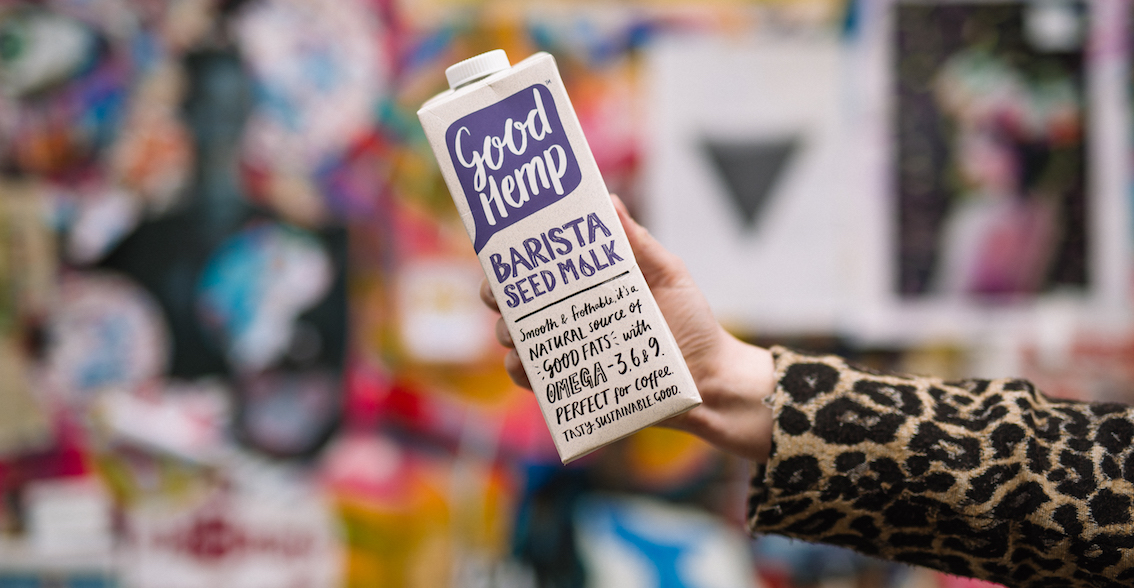 The 9 Best Dairy-Free Milks Out There

When we first launched our Good Hemp milk,  no one would have believed that plant-based alternatives could have taken on the dairy industry. We showed them. There are now, quite literally, hundreds of dairy-free milks taking over the aisle. Are they all as good as hemp milk? No! But we thought we’d make you aware of some of the dairy-free milks and plant-based alternatives out there so you could make a totally un-biased, un-swayed, extremely neutral and informed decision about which dairy-free milk suits you. So here goes… 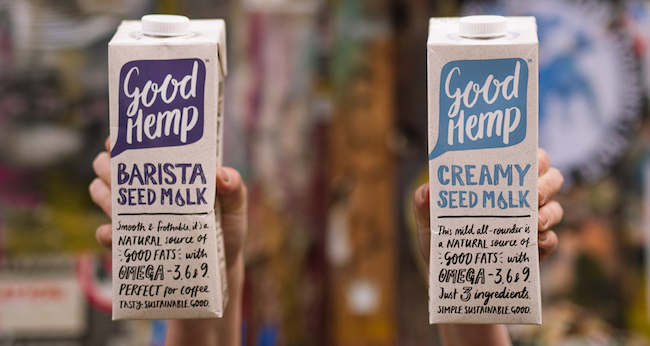 Ding ding ding! We think we have a winner for the best dairy-free-milk-out-there! Just kidding. You know what we’re not kidding about? Good Hemp stealing-the-show at Britain’s Got Talent when we first launched. (seriously). We’ve reformulated and repackaged since then, but we’d say it’s even better the second time around. Shame we can’t say the same for Simon’s teeth. It’s one of the only dairy free milks that is naturally nutritious. Those hemp seeds that we bang on about are naturally packed with good fats meaning a glass of hemp milk is 50% of your daily recommended omegas.

“Wow!” you say. “We’re not finished!” we say. This dairy-free milk alternative is also made from one of the most sustainable plants on the planet (aka hemp) which breathes in CO2, takes just four months to grow, puts nutrients back into the soil and naturally irrigates itself. Repeat after us: S-U-P-E-R E-C-O. 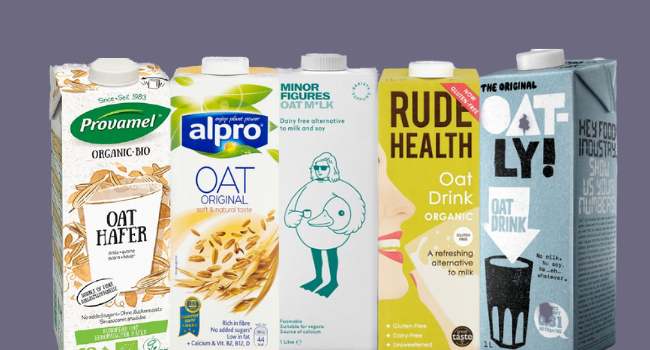 Ok ok ok, we know everyoooneeeee is drinking Oat Milk, but that doesn’t mean everyone should. It’s like the brunch of mealtimes, the Zara spotty dress of summer, the selfie stick of Christmas presents, the…ok enough. Oat Milk is a great dairy-free milk option and it tastes delicious. It’s super creamy without the saturated fat that you get from dairy products and we admit it makes a mean dairy-free flat white.

But like a pumpkin spiced latte (sorry one more) it’s a little too sweet for us. Made from carbohydrates (which gets broken down into a simple sugar),this dairy-free milk has a lot more sugar than you think. Sorry. This could be as drastic as the Taylor Swift fall out. 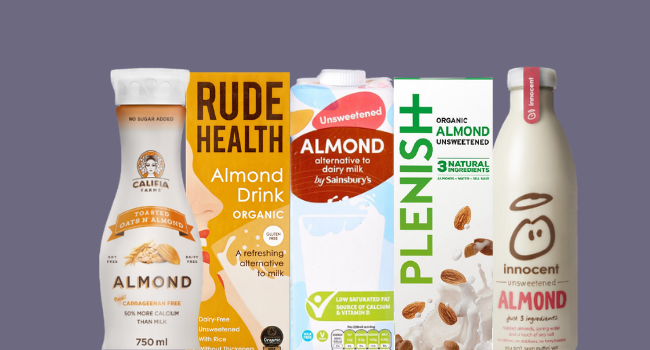 Almond milk was one of the first dairy-free milks on the scene, back when taking a selfie with your oat milk flat white would be seen as troubling. It was a low-cholesterol, low-saturated fat alternative and for many it opened the door to the dairy-free world. Unfortunately that dairy-free world is now populated with a lot more dairy milk substitutes that are naturally nutritious (almond has to  be fortified) and more eco friendly.

While Almond milk is a great dairy-free alternative to cow’s milk (it’s lactose, soy and gluten-free) there’s a problem. It takes 1.1 gallons of water to grow o-n-e almond. Furthermore, almond trees have to be pollinated by honeybees which are a struggling species as is. DID YOU NOT WATCH THE DAVID ATTENBOROUGH ANNOUNCEMENT ON TIRED BEES? We’re out here trying to feed bees sugar on a spoon and you’re putting them to work! We can’t really look at you right now, almond. 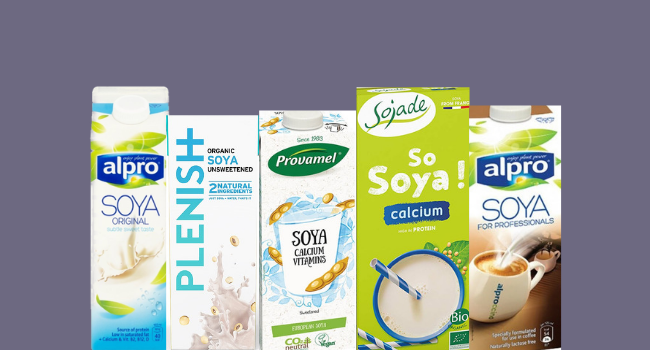 Another original player in the dairy-free game, soy milk gets a gold star for protein content (8.25g per serving) which even rivals cow’s milk (8.5g per serving). But like its old “friend” almond (they used to date) soya’s got a few skeletons in the closet. Firstly, a lot of soy milk is heavily processed and genetically modified.

Secondly, “soy is the second largest agricultural driver of deforestation worldwide” according to Greenpeace. That doesn’t mean hundreds of thousands of yummy mummys drinking soy-lattes-extra-hot-hold-the-foam are behind this (it’s actually mostly soy-based feed for animals) but it is harder to know what soy milk is coming from where. In short, soy can be a bit of a catfisher. 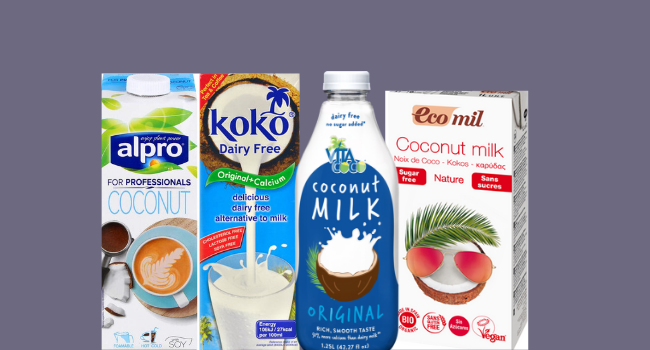 We like coconut milk. It’s tropical, it’s fun, it’s like our kooky uncle that wears a rastafari beaded choker back from the Caribbean. In moderation it’s great (who doesn’t love a sub-par Bob Marley rendition?) but overdo it and you’ll be swearing off Hawaiin print forever.

Coconut milk has good fatty acids which help with heart health, digestion and strengthens your immune system. Plus, it makes a super creamy coffee and a mean dairy-free piña colada. The downside is that it’s much higher in saturated fat and some brands have a higher sugar content than others. Some women, will cry. 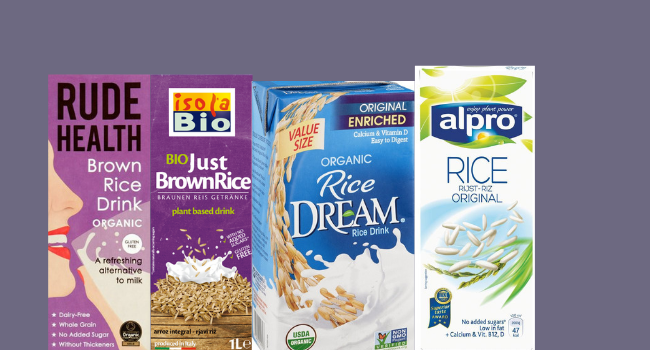 This dairy-free milk is literally milled rice and water, meaning the taste isn’t anything to write home about (unless it’s sweetened) and it’s not naturally nutritious (like that first one we mentioned starting with an h). That means they have to fortify it with any kind of good stuff (usually some calcium and B12).

\We don’t have anything against rice milk, but it’s definitely the most beige dairy free alternative milk out there. Like a grandmother that won’t let you have butter on your jacket potato. Or a co-worker that labels her grapes so you can’t eat them. 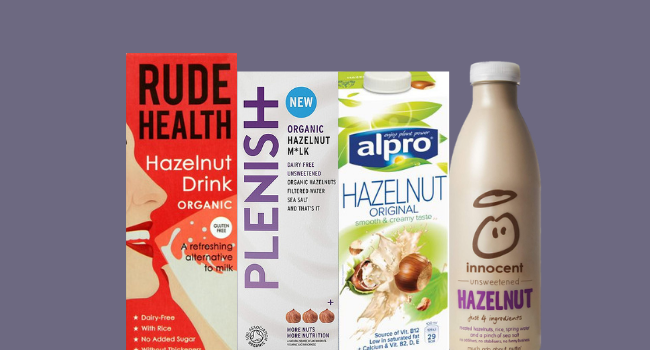 Definitely the playboy of the dairy-free milk world, hazelnut milk is sweet, smooth (and rich). But go overboard and you might find yourself unable to look at another hazelnut again.

Hazelnut milk has a creamy texture – a bit like a melted chocolate ice cream – and the taste is love or hate. So sweet! Too nutty! So creamy! Too rich! It’s one of those dairy-free milks that divides. A bit like Miles Teller. 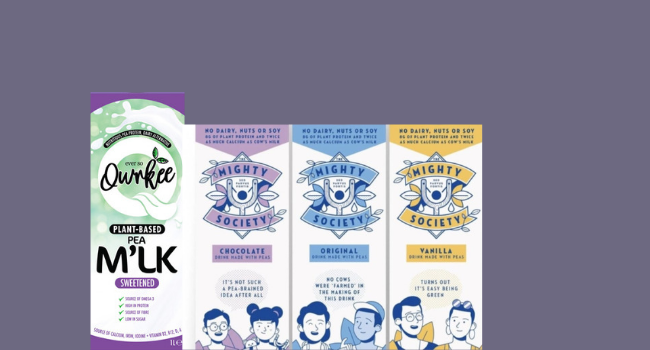 There are a few things to get your head around when it comes to pea milk. Firstly, saying it out loud. We’ll leave you to try that one on your own. Second, the instant association with terrifying dinner ladies and mushy peas. When we first tried pea milk, we were imagining green sludge floating around in an unappealing dairy-free milk – albeit less terrifying than pee milk, but a struggle none-the-less.

Turns out it’s actually made with split peas and looks much the same as it’s other dairy-free pals. The taste is hate it or love it, but pea milk is actually packed with protein (8g a glass) that has twice the amount of calcium as cow’s milk. Sorry…should we have told you the good news first? 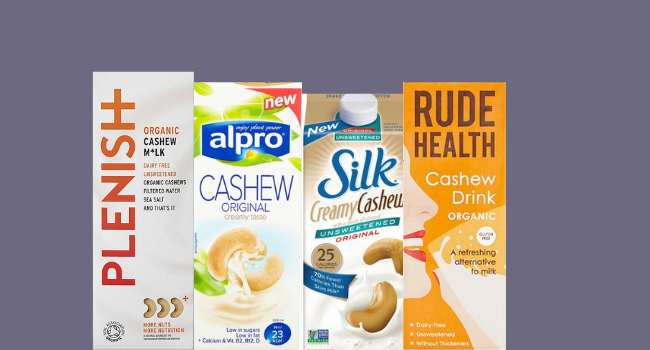 As the totally non-biased person currently writing this article about best dairy-free milks who definitely doesn’t work for Good Hemp, I can tell you right now: I hate cashews. So it’s hard for me to write this as neutrally as I have done with all the other dairy-free milks.

I will tell you that other people say cashew milk is creamy and delicious with a more subtle flavour than Almond. And it’s rich in potassium and magnesium which is great. That is all I will say.