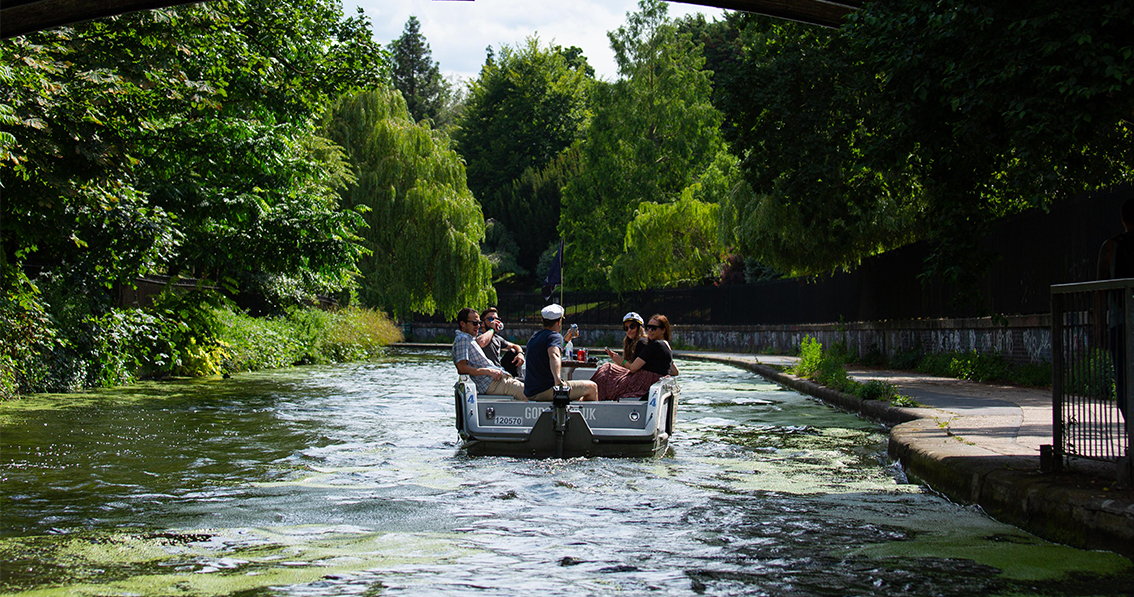 This August we’re hitting the water in London and we want you to come too.

When big boss Dave called up the marketing team and told us he wanted us to float milk this summer, we were a little confused. None the less, we went to the drawing board to come up with something good. It wasn’t until we presented the idea of hiring some boats and sending you guys down London’s canals with a Good Hemp picnic that we found out that we’d actually misheard, and he wanted a milk float. Luckily, he liked the idea anyway so here we are!

On weekend-y days starting from Wednesday 14thAugust (not a weekend-y day but consider the first week an exception) up until Sunday 1stSeptember (not August-y but this is an exception too) we’re taking over GoBoat in Paddington for a hemp extravaganza. We’ve booked a whole load of mini electric boats and are offering you, dear customers, the chance to hop aboard with an armful of hemp based drinks and snacks. The boats start at Merchants Square in Paddington and will float up the Thames’ canals to Regent’s Park and back again. Oh and since we like you all so much, we also decided to make it completely free. There’s no catch, only a couple of rules about not capsizing the boats or jumping in the river.

Because it’s us, we’ve kept sustainability at the heart of the experience meaning the boats run on low emission, rechargeable electric motors and you won’t be finding any plastic knives and forks in the picnic hampers. Do we even need to mention all the drinks and snacks will be made with hemp milk, oil and seeds which we make from the super sustainable hemp plant that breathes in 4 times more CO2 than trees?

Book your free tickets in the link below: