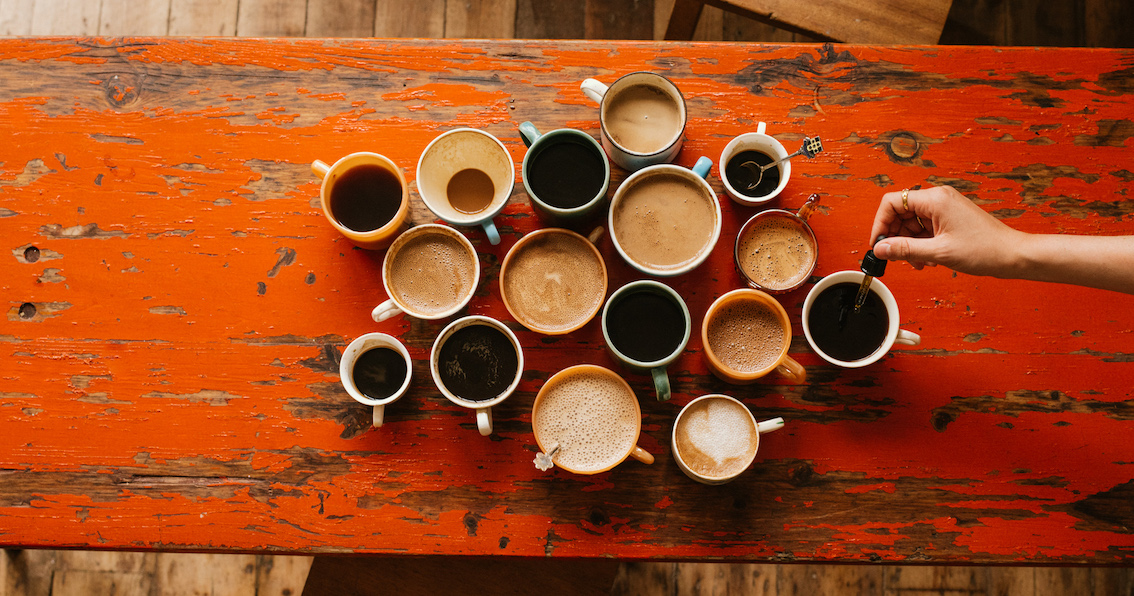 How Sustainable is the Coffee Industry?

Scary climate prediction for the day: by 2050, up to 60% of land used for coffee products will be unsuitable for farming. And by 2080, wild coffee could be extinct. That means the 120 million of the world’s poorest people that farm coffee could have their lives entirely altered by the effects of climate change.

On top of that, coffee itself is a large contributor to rising temperatures. It’s the second most traded commodity in the world (after oil). A lot of miles go into our morning cup of joe. So, what do we do?

The call to make coffee practices sustainable is not new. After all, we’re a generation that feels as bad about forgetting our reusable cups as we do about booking a cross-atlantic flight. What we do need to realise is that sustainability in the coffee industry goes so much further than remembering our Keep Cups. Sorry.

Wake up and smell the coffee

Good Hemp loves coffee. We love the smell of a fresh brew in the morning, the passion for latte art, and telling people off for saying “expresso”. But we also know that coffee needs to change, and Good Hemp needs to play its role too.

Milk represents 60-70 percent of the carbon footprint of a cup of coffee according to EcoWatch. So for us, creating a plant-based milk that positively contributes to the environment, was a good place to start. Unfortunately, just because something is plant-based doesn’t mean it’s holier-than-thou. Just look at almond milk with its water consumption, or soya with deforestation. But our Barista Hemp Seed Milk is made from one of the most sustainable plants on the planet, which breathes in four times more carbon dioxide that trees (like little vacuum cleaners for the air) and returns as much nutrients into the soil as it takes out. Nothing goes to waste – the seeds are used for food, the stalks for fibre and the leaves and flowers for CBD – and it doesn’t need more water than that which falls from the sky to grow. Plus our Barista makes great latte art…

But using hemp milk isn’t going to save the coffee farmers (if only we had that power). It’s about understanding the supply chain, supporting communities and really considering the process from bean to brew. To get a bit more insight, we asked our friend Jo Thompson, founder of Bristol coffee roaster Triple Co, whose mission is “to roast high quality coffee beans, via direct trade with bean farmers, whilst focusing on roaster-to-customer relations.” He’s mapped out the problems, and how we can be part of the solutions.

Problem #1 – Climate Change Is Affecting Coffee Farmers And Their Crops 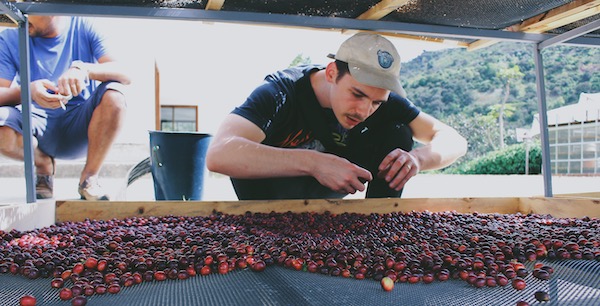 As the world heats up, weather patterns are becoming more extreme and unpredictable, which is pretty disastrous for farming. Coffee growers rely on the right amount of rainfall to help water their crops, so when it’s not happening when it should – or in the right amounts – it could mean an entire harvest is disrupted. With many small farmers in coffee-growing nations already living in poverty, this is having severe social and economic implications for them.

“A lot of people in the speciality coffee industry are really picky about how they buy coffee,” Jo tells us. “They’ll buy one year from a certain producer and change it the next, and if it’s not as fruity or lively as the year before, they’ll drop them. And then the farmer loses out. He might have had a great year, plants extra trees and then it comes to harvest and because of factors that are out of his control – rainfall, humidity, temperature – he has a bad crop, and suddenly he can’t sell all this extra coffee. To me, that’s unsustainable.”

Triple Co works directly with farmers, and has committed to a specific farm in Southern Columbia to ensure that they aren’t bypassing coffee growers and holding them accountable for environmental factors that are out of their control. “In the same way that we need our wholesale customers to be committed to us so we can grow, farmers need the same thing.” 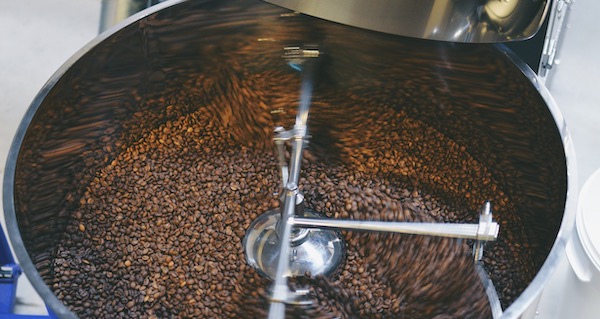 It’s difficult in a country like the UK where we have no way of farming coffee ourselves (sadly the British drizzle does not provide the goods for coffee to grow) because we are forced to import from countries like Colombia, Ethiopia or Vietnam.

As Jo explains: “By its nature, coffee will never be a fully local product because we have to ship it from other countries. So from an ecological point of view, that’s not sustainable.”

Triple Co have found a way of overcoming this challenge by using a company called Shipped By Sail, who work with sustainably-minded suppliers to send ethically sourced, fairtrade, organic goods by boat. While it takes longer, Jo reasons that “it doesn’t use any fuel,” and hopes that this might become more common in the future “to take away the most negative part of the chain”: the long haul flight to the UK.

Ultimately, there’s always going to be a footprint, but Jo believes that in the same way that flying is inherently ‘bad’, we have to figure out a way of making it work rather than banning it. “I think it’s the same with coffee. There have got to be ways we can make it work.”

If you take a look at your bag of coffee beans, you’ll notice it features plastic in different guises, whether it’s a plastic zip lock or one-way valve that lets carbon dioxide out and stops oxygen from coming in to prevent staling. Although there are biodegradable and compostable options out there, they don’t necessarily maintain the quality of the coffee.

“It’s really hard to find the balance between sustainable packaging and maintaining quality and freshness,” says Jo. “A lot of the bio bags and the ones made out of starch leak and breathe a bit which makes your coffee stale. In the coffee world, that’s all we’re trying to avoid. You wouldn’t buy stale bread from a bakery, so why would you buy stale coffee?”

Like us, Triple Co are yet to find a 100% sustainable option, but Jo says he is always on the lookout and is optimistic that a solution will come soon enough: “I have no doubt that we’ll be able to find a way to make packaging more eco-friendly through technological advancement and innovation.”

At Good Hemp, we’re trying to eliminate single use plastic by 2021. But it’s harder than you might think in the food world. Like coffee, keeping a product fresh without the use of plastic means contributing to food waste when it doesn’t keep. We need a global approach to single-use plastic which looks at investment in key replacements (like hemp!) 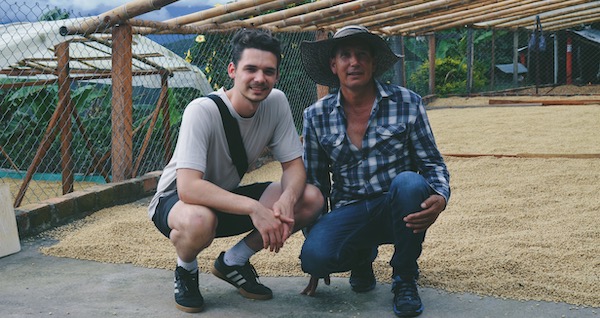 You’re likely to be familiar with terms like ‘fair trade’ when it comes to coffee, the certification which ensures that conditions for farmers are ethical, and that child labour or forced labour is prohibited. Most brands work in accordance with this, but a recent deep dive into the sustainable practices of Starbucks and Nespresso by Channel 4’s Dispatches suggest otherwise. In the episode which aired a couple of weeks ago, the documentary uncovered that children as young as 12 were working excessive hours on farms, earning little more in a day than what we pay for that flat white before work.

As Jo outlines, because a profit-driven company like Starbucks operates on such a big scale and has so much demand to fill, “they inherently end up with an unsustainable supply chain.” He comments that “a lot of the fair trade coffee Starbucks sells often comes from big farms who can afford the fair trade license, but are buying cheap coffee from smaller producers and just processing it through their farm.”

Supporting independent coffee shops and roasters who nurture relationships with their supply chain – and who work directly with farmers or cooperatives, and who take the time to meet the people growing their beans – is hugely important.
“With smaller independents and smaller roasters like us, we’re at least thinking about what we can do and who we can buy from. With bigger companies, or even supermarkets, they’re just so aggressively driven by profit and that will always come first.”
In Bristol, Jo says he has seen a few coffee shops close down, but insists that he thinks we’ll find equilibrium and perhaps start to ease out the bigger chains like Starbucks.

“In Australia, Starbucks tried to launch but failed miserably because the whole nation was on board with independent brands and buying from local coffee shops. That could still happen in the UK as more and more people become interested in coffee that tastes good. I think that will continue to grow.” We’re game.

Perhaps it’s ultimately about changing our mindsets. As we move towards peak coffee culture, we need to remember why it all started: the grassroots, community-led, craft-orientated, artisanal (before that word became kind of lame) movement of being more mindful of the coffee we drink.

If we stop thinking of coffee as a convenience, we’ll stop buying into the ubiquitous, fast-paced culture of caffeine fixes that feel more like a marketing ploy than a source of true enjoyment. When we challenge the norm and ask questions about where our coffee is coming from – from the farmers who grow the beans to the relationship roasters have with cooperatives – we can start to edge out the toxic practices of corporate coffee giants that make the industry unsustainable.

So, our advice to you? Do the research, open up conversations, support local cafes and independent roasters so you can trace your brew right back to the source. Oh, and still remember your Keep Cup and drink hemp milk – it helps.