Which Foods are in season in Autumn?

We don’t always believe in moving with the seasons. We think yellow dresses and bright red hats should be worn year round, indulgence isn’t just for Christmas and you should live your best life in summer, autumn, winter and spring. We do, however, believe in seasonal eating.

You might have heard us shouting from the rooftops “Nothing Changes if Nobody Changes!” It’s all about a belief that the small changes we make can have a huge impact – whether that’s going vegan or making Mondays #meatfree. So this autumn don’t hibernate, activate! Learn which foods are in season – and get cooking.

Why? Because it’s better for the planet and better for you. Firstly, you’re reducing carbon emissions. Yes, you can get apples all year round, but they’re most likely flown around the world to get to you, leaving plenty of greenhouse gases in their wake. Then there’s the fact that preserved foods (the ones out of season) are often covered in pesticides, waxes and preservatives to keep them looking…fresh (?). Lastly, the nutrient content in seasonal food is often higher – ripe produce which has been fully developed means more sun exposure and more antioxidants.

Visit our handy guide for more tips on how to shop sustainably!

With that in mind, we’ve made this handy little guide to eating in autumn. Think butternut squash soup and apple pie, chicory salads with purple sprouting broccoli and roasted turnips and parsnips drizzled with hemp oil. Delish!

Turns out apples aren’t in season all year round (the supermarkets could have fooled us). It’s really in September when the trees begin to fruit and handpicked apples become the snack du jour. Cook with a little lemon juice, brown sugar and cinnamon to make a simple apple compote or bake into a vegan apple pie.

Rich in flavonoids (antioxidants) and dietary fibre, pears aren’t just a delicious afternoon snack. We love ours cut simply into slices or roasted on a tray with a bit of spice (here’s the recipe from Tesco).

You can’t beat the colour of a ripe beetroot, but they’re not just a pretty face. Beetroot is one of the healthiest vegetables around, packed with vitamins, minerals and powerful antioxidants. Juice it in the morning to stave off Seasonal Affective Disorder or chop it into a simple salad. 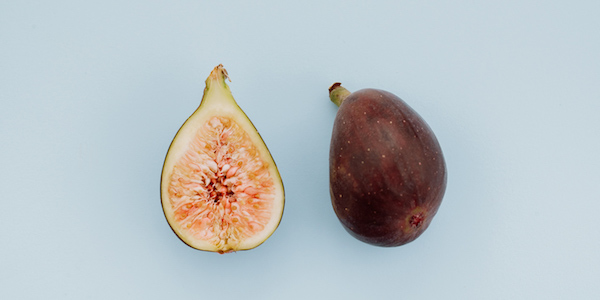 Fig season runs from July until October so get as many in as you can. Chop them into autumn salads, bake into a sweet fig tart or just cut them in half and stuff them in your gob. Any way works.

Butternut squash is like pumpkin’s slightly cooler cousin. It’s a vegan lifeline, able to pack out any lunch and performing in a myriad of ways. Stuffed, chopped up in salads, pureed in soup – you name it, butternut squash does it. Try this recipe for Nourishing Amy’s vegan Butternut Squash soup with hemp milk.

We won’t judge your pumpkin spiced lattes if you make it with hemp milk.

They do get a bad rap, dear old brussels sprouts. Back in the day they were boiled down into smithereens, so soggy and tasteless that they were the stuff of school dinner nightmares. Luckily for us, some plant-based chefs have done a bit of PR on the old  sprout and they are well and truly back. 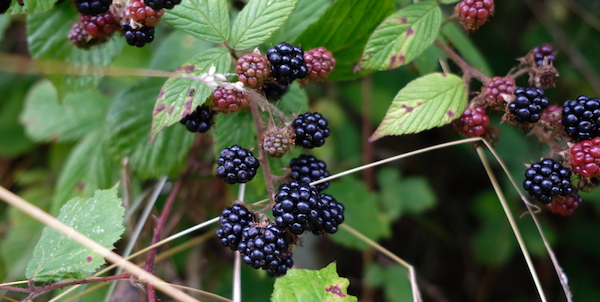 Blackberries might start to appear in July but this fruit really signals autumn to us. We think of blackberry compote over steaming bowls of hemp milk porridge and crispy blackberry crumble fresh out of the oven.

We know as soon as we say chestnuts you’re going to sing “roasting on an open fire” but chestnuts actually come into season mid September. So why wait? We think a simple roasting will do when it comes to these chunky nuts, but you can add them to sprouts and stuffings too.

Cranberries come into season in October, just in time for a bloody Halloween sauce or a Thanksgiving dinner. They’re packed with antioxidants and healthy fibre too. 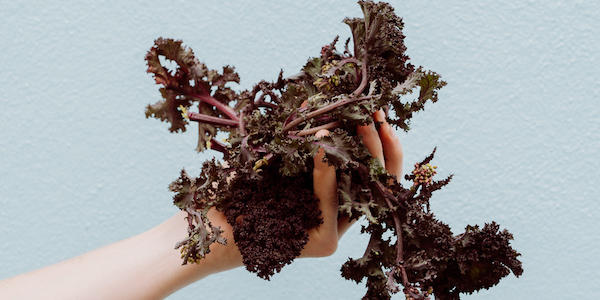 Kale comes into season mid September and runs till around Feb. It’s one of the healthiest veg around, packed full of potassium, calcium, magnesium and more. We love a kale caesar or tray-baking them for a healthy snack.

We put these two together, because what’s a parsnip without a turnip? They’re our favourite root vegetables in Autumn, roasted with lashings of hemp oil and served alongside our famous hemp-roasted potatoes.

It’s a short and sweet run for plums which come into season around mid August until October, so get them while you can. Stew them to make a compote for your porridge or roast for an autumn desert.